This Week On Netflix: Mary and Max

BY: ORANGECHAIR
The topic for this post this week is a movie called Mary and Max, chosen by the creator of this lovely blog, Rainbowchair himself. Classified as a comedy under Netflix’s Instant Queue, this film was truly one of the most bizarre things I have ever seen. Done entirely in Claymation, this film took a depressingly comedic look at friendship, mental illness and loneliness. Even a full twelve hours after seeing the film I’m not quite sure what to make of it but you know as well as I do that I’m sure as hell going to try.

As odd as it for a claymation movie to be based on a true story, Mary and Max opened by telling the audience that it was. As suggested by the name, Mary and Max is the story of two people, Mary and Max. At the film’s opening, Mary Daisy Dinkle (Toni Collette) is a young girl living in Australia with her alcoholic mother and a father who spends all his spare time working on his hobby, taxidermy. Teased at school because of her birthmark and even forced to make her own toys, all Mary really wants is a friend. One day while at the post office with her mother, Mary picks a random address out of an American phone book and pens a letter. Using the address she found, Mary gets the letter across the ocean to the address’ inhabitant, a man named Max Jerry Horovitz (Philip Seymour Hoffman).

Max Jerry Horovitz is a man over the age of forty living with a number of different mental disabilities in New York City. Eventually diagnosed with Aspergers as well as a number of anxiety issues, Max deals with his problems by over eating and continuously gaining weight. As friendless as Mary, Max spends his time going to over eating anonymous meetings (which don’t help) and seeing a therapist (who is only mean and condescending to him). A man’s whose number one goal in life is to make a friend, Max immediately responds to Mary’s letter.

The film does not have much dialogue in it, just a number of voice overs by the narrator (Barry Humphries), Mary as she reads her letters aloud and Max as he reads aloud the letters he returns to Mary. The bulk of the story is told through the letters that the title characters send to one another. As each character reads their letter, the letter’s author provides the voiceover for the words that they wrote. When the characters aren’t reading their letters, the narrator tells the story leaving only a few lines to be said by the characters in real time.

While there were many funny lines in the film, I would not classify this is a comedy. I believe that this is more of a drama. As the letters continue between Max and Mary and their friendship is tested time and time again, they are forced to confront and face their problems while helping one another do so. The two develop more than a friendship, they end up relying on one another to accept and forgive them for the weaknesses. The film is filled with some highly depressing and dark moments. Some of the bite is taken away from these moments due to the filmmaker’s choice to make the film Claymation but the material is dark nonetheless. 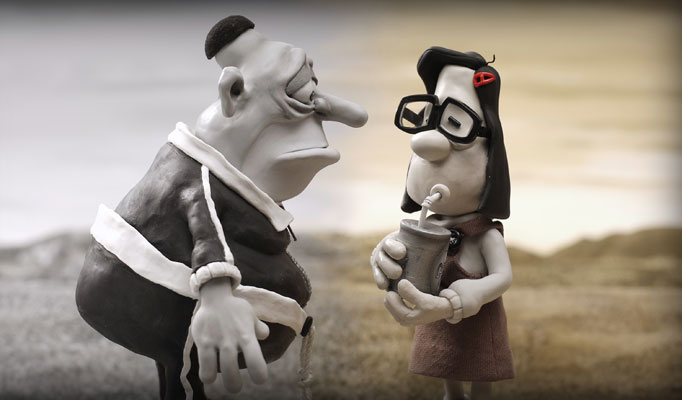 Overall this film surprised me; I did not expect to enjoy it as much as I did. The voice acting was very well done and color played an important role in the film. Everything in New York City was in the black and white and everything in Australia was in color. As the two got to know one another better and send each other items, blotches of color appeared in New York City and black and white items show in Australia. Mary and Max was a very interesting film that proved that even the seemingly hopeless can find hope in the oddest of places. I give this film a 6 out of 10 and while it clearly is not for everybody, if you are an adventurous film watcher I certainly recommend it.