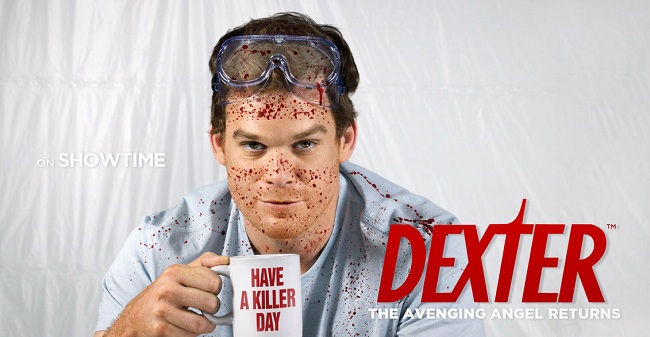 I need to start this post by making sure that everybody reading this knows that I love the show Dexter. Yup, its that kind of post. I’m going to be so mean to something I love that I need to state my love for it before I even really start writing. Dexter has been a show I have looked forward to watching for as long as I can remember. Seasons 1, 2 and 4 are some of the best television seasons out there. Season 3 and 6 are outstanding. Hell, I even loved the rape season (season 5) even though most people seemed to hate it. When I heard that Dexter was getting three more seasons I was ecstatic but now I am just nervous. What has changed you might ask. The only thing that has changed is that I have seen Season 7, a season that I thought was garbage.

I have no problem with a show trying to switch up its formula. In fact I like it when shows try to create new patterns for themselves as long as they don’t change the fundamental aspects that make the show great. I don’t think Dexter was trying to change but they changed a fundamental part of the show. Spoilers are rampant ahead. The best part about Dexter is watching him put himself against whatever obstacle is in his way be it the Ice Truck Killer, the Miami Metro PD, a group of serial rapists or the Trinity Killer. We like to watch Dexter go toe to toe with a season long villain. For some reason the writers decided to go to a villain of the week format this season. Granted Debra (Jennifer Carpenter) spent her time keeping an eye on Dexter but to have him go after small fry villains every time was asinine. Is there nobody left for Dexter to go up against?. The first half of the season, the half that was outstanding, had the brilliant villain I was looking for, Isaak Sirko (Ray Stevenson). Instead of using and developing this great character the show killed him off before letting him hit his stride. With Isaak gone, Dexter is forced to go toe to toe with the world’s least terrifying villain, Laguerta (Lauren Velez).

Now I’m not going to say I predicted the whole season but the second Isaak was gone and it became clear that Laguerta was to be the villain, the rest of the season became easy to predict. Was Laguerta going to try and catch Dexter? Yes. Was Dexter going to be incarcerated with two seasons before the end of the show? No. Was Laguerta going to push too hard and piss off Dexter? Yes. Was Laguerta going to survive? Hell no. The answers to these questions were not difficult to ascertain. Sure, it was a curve ball to have Deb kill Laguerta but as the scene unfolded, that situation became the only logical conclusion. When asked what the twist was at the end of this season, most people would say it was Deb killing Laguerta. Honestly I think the real twist was the fact that Laguerta got the drop on Dexter, that never should have happened.

Speaking of Deb, remember last season when a huge plot point was Deb being in love with Dexter? Well that entire thing got swept under the rug. I understand Deb’s entire world got rocked to find out the truth about her brother but there still needed to be some sort of closure or conclusion here. Instead the show just piled other issues on top of Deb’s love for her brother, effectively burying it without any resolve.

When it comes down to it, this season of Dexter was still some decent television. Comparing it to other television shows it was mediocre, watchable but nothing that would take the television world by storm. Compared to the previous seasons of Dexter however, this season was garbage. I love this show and probably will never stop watching it but this season has made me very nervous for the next few seasons. I want this show to end strong. I don’t want it to just fizzle out. As it stands right now, if something does not change, I’m afraid that when Dexter ends for good I’m going to be saying “they should have ended it two seasons ago.”

Another Shameless Season May Lead To A Shameless New Beginning

This season of Shameless truly lived up to its name, as it always does. This season included but was not limited to three month blackouts, fake molestation, attacking someone with a car, stealing a dead body and all the alcohol, pot and cigarettes you can imagine. Last night the finale of season three aired on Showtime leaving us with something to think about all summer.

There are going to be a lot of spoilers here but that should have been obvious considering I’m talking about a season finale. This episode features our first Gallagher graduation as Lip (Jeremy Allen White) receives his High School diploma. In one of the show’s true curve balls Lip ends up celebrating his graduation by drinking all day with his father, Frank (William H. Macy). In some of the most charming scenes of the season, the show’s two biggest enemies, Lip and Frank, finally have a father/son moment. The past two episodes have been very important episodes for Frank. For the first time Frank actually shows some support for his kids. First Frank takes the blame for Carl (Ethan Cutkosky) to the cops and now he is legitimately proud of Lip and wants to spend time with him. This drastic character change goes along with the finale’s biggest plot point, Frank’s health. After collapsing in jail and later throwing up blood Frank is told that if he does not stop drinking he will die.

The theme of the rest of the episode seems to be running away or leaving. Karen (Laura Wiggins) who now has the inability to feel emotion, and Jody (Zach McGowan) leave with Hyme for Arizona in the hopes of healing Karen faster. After Mickey Milkovich (Noel Fisher) gets married to a prostitute, a heartbroken Ian (Cameron Monaghan) decides to enlist in the army with a fake ID. Jimmy does not appear at all in the episode. Last time we saw him he was getting onto his father in-law’s boat. With his wife, a drug lord’s daughter, in INS holding Steve’s life is in danger from her angry father. While I love what the show did with Frank I am really not happy with what is going on with Jimmy/Steve. I have no problem with them using him as a cliff hanger but they gave us absolutely no information about what happened to him which I think is a cop out. They should have at least shown something about him, not just keep him off screen for a whole episode. It makes me wonder if the writers accidentally wrote themselves into a corner. They got Steve in a bad situation but are not sure if they can kill off such a huge character.

Ultimately this was another great season of Shameless but this finale suggests that the next season could be a very different show. With characters disappearing and moving the show is either expanding its locations or finding new cast members. What is really going to change the show is Frank’s impending health issues. A sober Frank Gallagher will alter the very structure of the show. I thought this was a B+ season and can not wait to see what happens to the Gallaghers next year.

6 Things I Learned From Hank Moody

Approximately six days ago, I was searching through On Demand and became instantly elated and dismayed. The elation: for some reason, that I’m not complaining about, Showtime had put almost every season of every show that the network had created On Demand. Feeling quite like a kid in a candy store, I flipped through all the different shows trying to decide what to watch first. The dismay: the first 4 seasons of Californication were being removed from On Demand on April 3rd. So began my quest to watch four Seasons of Californication in six days. Throughout my quest I got to know the show’s main character, Hank Moody (David Duchovny) quite well. Here is what Hank Moody taught me.

This six day Californication marathon has been some of the most fun I’ve had watching TV. The show is witty, well written, well acted, wholly entertaining. I give Seasons 1-4 the following

The show is awesome, though quite raunchy. If you have no problem with sex, drugs, alcohol and profanity then I highly recommend this show.